Assessment and Feedback for Teams and Individuals

The Core Values Index (CVI) is one of our favorite profiles to use in coaching, mentoring, and team-building. It's quick to administer, easy to understand, and provides insight not gained from any other assessment. 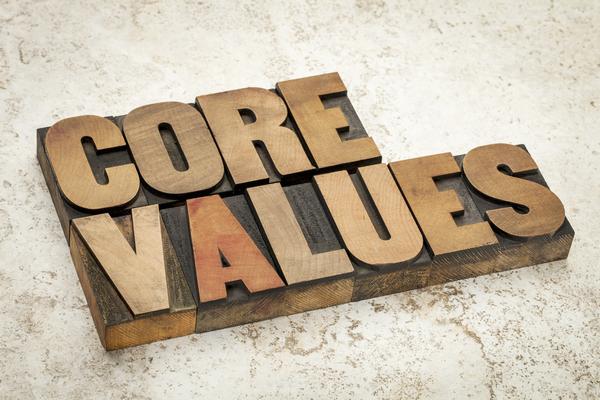 We incorporate the CVI into the majority of our training, coaching, and mentoring engagements. We believe that it adds such value to these programs that we include it in our fee at little more than our cost.

We also make the CVI available at a reasonable price for individuals who want to take it on their own, perhaps for purposes of personal self-improvement. Included in the fee is an online feedback session and access to a library of videos explaining the CVI results. For more details, click on the link below entitled "How do I take the CVI?"

Questions and Answers About the Core Values Index

The answers appear when you click on a question.

Assessment instruments used in coaching and mentoring basically fall into three categories. The vast majority of these instruments focus on patterns of behavior. The popular DiSC test is perhaps the most widely known profile of this nature.

Another group of assessments focuses almost exclusively on personality. The Myers-Briggs Type Indicator (MBTI) dominates this second category, but is joined by a host of imitators. Instruments like the MBTI delve into personality traits which shape behavior, but do not examine behavior itself, at least not in detail.

The third category — and one in which the CVI fundamentally stands alone — measures something much deeper than either behavior or personality. As its name implies, the Core Values Index identifies innate values at the core of our being. No other standardized instrument offers comparable insights.

The CVI thus complements what we learn from the DiSC or MBTI. Moreover, people seem to make use of their CVI findings more readily than they do with other assessment tools.

►    What does the Core Values Index actually measure?

The CVI centers on four core values, each one paired with a supporting value called a catalytic value. These core values are a natural outgrowth of four innate drives:

Reports generated by the CVI do not mention these drives. But SLDI has developed supplemental feedback tools (including a series of videos) which detail the relationship between these four underlying drives and their associated core value.

We see evidence of these innate drives in children by the time that they are speaking well. Before long, however, they turn to certain drives more frequently than others when they set out to overcome challenges or achieve what they want to accomplish.

As this pattern of reliance repeats itself through childhood and adolescence, one or two drives and their supporting values begin to characterize our approach to life. They become dominant influences in how we tackle issues, respond to situations, and interact with people.

Since each drive has an associated core value, this means that we come into adulthood predisposed to utilize certain core values more fervently than others.

Not only that, time spent pursuing our most preferred core values gives us fulfillment and energy. By contrast, we derive little fulfillment from drives associated with our least preferred values. And protracted activity which demands these drives serves to drain us.

The CVI measures the strength of our preference for each core value. Our two most dominant core values are powerful indicators of how we will respond to key life moments and responsibilities. They point to the drives and values which we routinely resort to when free to do so. They therefore have a telling impact on our styles of management, leadership, and communication.

In team-building, knowing the dominant values of each team member is an invaluable tool for enhancing team cohesion, effectiveness, and engagement. It allows the team to capitalize on what each member finds fulfilling and meaningful.

The CVI is a standardized instrument, which means that its validity has been authenticated through rigorous psychometric testing. Moreover, the pattern of traits which it identifies remains consistent long term, even more so than is true of DiSC and MBTI scores. The DiSC and MBTI are subject to the reality that personality changes over time. And when it does, behaviors which flow from personality also change.

Thus, over a five to ten year time frame, almost one fourth of the people who take the DiSC or the MBTI will see a marked shift in their scores. This compares with three percent for CVI profiles over a similar period of time. That's because our deepest values tend to change only gradually, if at all.

The CVI can be completed online in about ten minutes. A free version is available from the publisher, but it provides only skeletal feedback. A paid version is also available at the site, but the fee only obtains you an HTML report. Having administered hundreds of CVIs, we've concluded that most people benefit from more guidance than the HTML report affords.

Therefore, we offer an economically priced 90-minute coaching session with Dr. Mike Armour on your CVI results. For more information and pricing, email us. The fee includes the CVI at a deeply discounted price, an expanded PDF report, and full access to our five proprietary videos explaining the CVI and its implications in detail.

Feedback sessions can be delivered virtually or in person.

If we can address other questions for you, feel free to email us.

Other Personality Assessments Offered By SLDI