Index of Past Issues
Subscribe to Newsletter
Current Issue

Does a De Facto Vision Run Your Organization?

Whatever your level of leadership — from supervisor to CEO — you need a vision for the effort you lead.

We Don't Have A Vision

Recently I was coaching an executive of an international corporation and asked him how clearly he could enunciate the company's vision.

"We don't have one," he responded, which was not surprising. From what I had learned about his organization, I did not see it as a culture attuned to communicating vision and values. 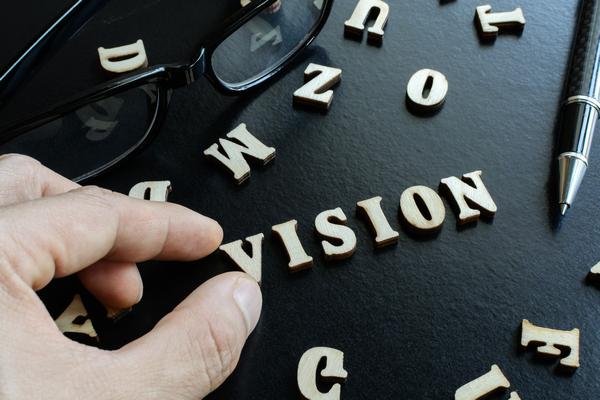 But I wasn't ready to drop the subject. I've had this type of conversation often enough that I immediately came back with, "You know, your company does actually have a vision. Perhaps no one has ever reduced the vision to a statement. But you have a vision, nonetheless. Let's see if we can figure it out."

Then I asked him to identify the recurring themes which upper management returns to time and again in their corporate communication, performance reviews, and planning. He quickly identified two themes: a certain percentage of profitability and continued growth by acquisitions. A bit more discussion revealed a third recurring theme, namely, commitment to a particular technology niche.

What he had just identified was, in essence, the de facto vision of the company's top leadership. There was also a third element to the vision, namely their commitment to growing within a particular niche of technology. But these three factors —their niche, a certain level of profitability, and growth by acquisitions — serve as the overarching vision of the company.

My point is this. Whether written or not, all organizations have visions. They all have something that upper management keeps its eye on, above all else. Some visions may be more short-sighted or less ambitious than others. Some organizations may put their vision in writing, while other organizations do not. But the recurring themes which are the focus of management point to the real vision that leadership is pursuing.

We would hope that when vision statements are in writing, there is close alignment between the statement itself and leadership's recurring focus. In the healthiest, best-run organizations that's always the case.

But it's easy for a vision statement to become nothing more than some bit of noble language published here and there in corporate literature. Meanwhile some other vision is running the show.

While waiting to see a client recently, I was looking through one of the company's promotional publications in the lobby. The piece devoted several pages to a detailed discussion of the company's very impressive vision statement.

I took the brochure with me into my meeting with the client (a very senior executive in the company), opened to the vision statement, and asked, "Do you and your peers really believe this is what this company is about?" He studied it for a moment, then answered, "I think it's what we would like to be about. But it's not really how we approach things."

Again, I was not surprised. I knew enough about his organization to have picked up on the disconnect between the espoused vision and the de facto vision. But until I forced the question, I'm not certain that my client had ever noticed the disconnect.

Vision statements that are nothing more than words on paper are worthless. Not only that, they do more to discredit top leadership than having no vision statement whatsoever.

When there is no vision statement, as was the case in my first story, those within the organization will note the absence and see it as a leadership shortfall. But it raises no questions about the moral credibility of leadership itself.

On the other hand, leadership's moral credibility is indeed on the line when a vision statement is published and widely publicized, yet some other vision seems to drive the organization. This disconnect is sensed within the organization and becomes a lens through which leaders are seen as guilty of hypocrisy at best, or even worse, intentional efforts to deceive.

Continual realignment around a well articulated vision is thus imperative for leadership at every level. Some vision will inevitably drive the organization, whether its a work team or a global organization. This driving vision ought to be one that is thought out well, communicated effectively and consistently, and is unquestionably the central focus of leadership.

The Peril of a De Facto Visions

Inherently, there is nothing wrong with de facto visions. They can theoretically give an organization a set of priorities and a sense of direction. In practice, however, de facto visions rarely have telling impact.

Instead, because they are not explicitly articulated, de facto visions leave everyone with nothing more than a general idea of what the organization is about. Without an expressed vision to guide them, managers are forced to reach their own conclusions as to what constitutes the corporate vision.

Not surprisingly, different managers will reach different conclusions on that matter. This then leads to competing and even conflicting priorities between departments. Because managers lack consensus on the vision, they cannot fully align the organization to maximum advantage.

De facto visions, in effect, usually mean that an organization falls far short of its potential. Unfortunately, de facto visions are more common than we might imagine. And the result is a world brimming with mediocre organizations.