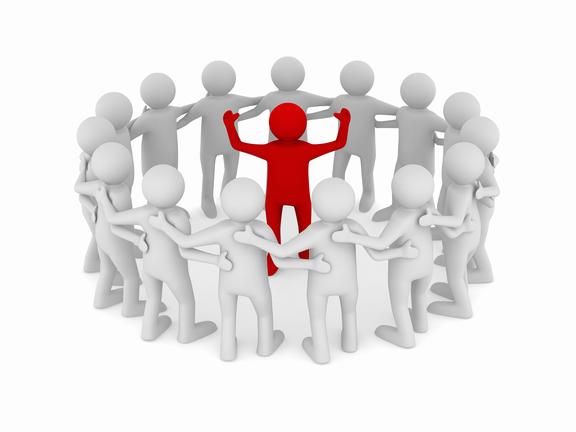 Leadership has little to do with holding a particular title or position. Leadership is about wielding influence.

The function of leadership is to rally people around a common purpose, then motivate them and mobilize them to achieve it. Leaders succeed in this endeavor only by exerting effective influence.

Influence is thus powerful. Yet it does its work without resorting to “power plays.” This makes for a primary distinction between leaders and dictators. Both get results. They both orchestrate the behavior of people to gain a certain outcome.

But dictators obtain results through coercion. Dictators do not lead people so much as they drive them. Leaders, on the other hand, rely on persuasion and influence to unite their followers around a shared commitment. Leaders achieve success by drawing people to their side, not driving people to perform.

Now, the ability to influence is not a by-product of the place you occupy in some organizational pecking order. You doubtlessly know many people who are highly influential, even though they hold no organizational titles or positional authority whatsoever.

Leadership influence is quite beneficial for people who work under the segment of marketing and sales as they are the ones who almost on a daily basis have to meet people and interact with them. Most companies like preferring a CRM implementation software as it has shown a positive outcome when it comes to sales.

Consider thought leaders, for instance. They earn the title “leader,” not because they possess some powerful office, but because their credibility makes them so influential.

The same can be said of opinion leaders. In many, if not most work groups, leaders soon notice that the entire team tends to align around the attitudes and actions of one or two people. These opinion leaders set the tone for the team as a whole.

If the opinion leaders withhold their support of endorsement for a new idea or proposal, the team follows suit. These opinion leaders have a level of credibility — and hence influence — that far transcends any organizational title that is theirs.

It is thus incumbent on leaders to master the art of capitalizing on their influence. To maximize their influence, leaders must build credibility in four distinct areas.

When leaders excel in these four dimensions of credibility, they maximize their potential for using influence to shape the behavior and action of others. To determine if you yourself are maximizing your influence, ask yourself this question: If I had no organizational authority, no position in which I had the power to punish, promote, or reward, would the people on my team still look to me as a leader? Would they still follow?

Your answer will indicate much about how far you have matured in developing the power of your influence.